Below are some of the important bills from the 85th Texas Legislature that were sent to the Governor or have been signed by the Governor.

Important Bills
Voter ID
SB 5
Status: Sent to the Governor
Fort Worth Star-Telegram - Voter ID, also known as Senate Bill 5, was a last-minute addition to the Legislature’s list of emergency items. “I think we’ve made some reasonable concessions on voter ID,” said state Rep. Stephanie Klick, R-Fort Worth. The Legislature acted after a court ruling said lawmakers in 2011 discriminated against minorities when passing the voter ID law. The goal of the 2017 bill was to soften requirements in Texas and avoid further court action. SB 5 still requires Texas voters to show photo ID when voting. It still allows voters without IDs to fill out forms stating if and why they couldn’t obtain the ID, but anyone caught lying on the forms would face a state jail felony.
Click to read the full article

Straight Ticket Voting
HB 25
Status: Sent to the Governor
mySanAntonio.com - The Texas Senate has approved House Bill 25 which would end straight-ticket voting for all elections in Texas. Beginning in 2020, voters will not be able to automatically cast their ballot for every candidate from a single party. Supporters of this bill believe straight-party voting has the potential to pull a voter's attention away from down-ballot candidates for certain offices, which most directly affect the voter. By eliminating this 'one punch' system, it could incentivize people to ensure they have researched and are fully informed as to who is on the ballot. According to the National Conference of State Legislatures, 41 states do not allow straight-ticket voting.
Click to read the full article

Pro-Life Legislation
SB8
Status: Sent to the Governor
Rewire.News - Senate Bill 8 would amend Texas law regarding certain prohibited abortions and the treatment and disposition of a human fetus, human fetal tissue, and other tissue resulting from pregnancy. The bill would prohibit a physician or other person from knowingly performing a “partial birth” abortion, unless it was necessary to save the life of a pregnant patient whose life is endangered by a physical disorder, physical illness, or physical injury, including a life-endangering physical condition caused by or arising from the  pregnancy. A person who violates this provision would face a state jail felony.
Click to read the full article

Deterring Voter Fraud
HB 658
Status: Sent to the Governor
Texas Legislature Online - The bill would amend the Election Code allowing an election officer to give priority to a person who has a mobility problem that substantially impairs the person's ability to ambulate. A notice must be posted at one or more locations in each polling place, on the website of the Secretary of State,and on the website relating to elections maintained by a county. The bill would amend the Election Code and Health and Safety Code allowing certain persons at a residential care facility to request a mail in ballot and allow early voting at residential care facilities. The bill would take effect September 1, 2017. The Secretary of State anticipates being able to carry out any additional responsibilities from the bill with existing resources.
Click to read the full article

Sanctuary Cities
SB4
Status: Signed by the Governor
Midland Reporter-Telegram - The objective of SB 4 is to identify dangerous criminals, not detain hardworking families or innocent children. SB 4 requires law enforcement agencies to honor ICE detainers issued for violent criminals. The goal is to prevent the release of individuals from custody who have been charged with crimes like sexual assault against minors, domestic violence and robbery. Dangerous criminals shouldn't be released back onto the streets to be able to commit more crimes.
Click to read the full article

Harris County Delegation
A special congratulations to Lt. Governor Dan Patrick and Senator Joan Huffman who were named in Capitol Inside's Best of the Texas Legislature 2017.
Click to read more

We still have work to do for a clean sweep! HCRP's Advisory Board has voted to endorse candidates in certain races:

We need your help to get them across the finish line and to turn voters out in all of these local elections.
See below for HCRP phone banks or reach out to Nathan Gordon, nathan.gordon@harriscountygop.com to get information on how you can call from home.

Democrats and their leftwing allies are still working to takeover local governments in our backyard. We can stop them!

Local runoff elections are this Saturday, June 10. There is one Republican-vs.-Democrat runoff for a Pasadena City Council post, and two heated runoffs in Pearland -- partly in Harris County -- for Mayor and City Council (at-large).

We can make the difference in these low-turnout contests, but need to act quickly to get Republicans to turn out to vote.
You can help beat the Democrats NOW!

**Remember to check the Political Action Calendar as events are being added all the time.

Election Day
June 10: 7:00 a.m. - 7:00 p.m.
Click here for polling locations
Note: Pasadena will have voting centers on election day where all voters can vote (not just in your precincts).

As the 85th Texas Legislative Session continues, HCRP will be bringing you highlights from the session. See articles below on Voter ID, Pension Reform and Straight Ticket Voting.

Voter ID
SB 5
Houston Chronicle- Gov. Greg Abbott late Sunday declared passage of a voter ID legislation an emergency for Texas lawmakers, pushing them to approve the faltering bill with just a week to go in the legislative session. The unusual move came about 9:30 p.m., after Senate Bill 5 has languished in the House after being approved in the Senate on March 28. The House immediately placed it on its emergency calendar for expedited consideration. The bill would make changes to the state's controversial voter ID law to bring it into line with a federal appeals court ruling that declared it discriminatory toward minorities.

Pension Reform
SB 2190
Houston Chronicle - The Legislature is expected to take its final votes on Houston's pension reform legislation within days after a group of House and Senate lawmakers Sunday night hashed out the differences between their chambers' versions and produced a final bill.

Straight Ticket Voting
HB 25
The Texas Tribune - The Texas Senate gave initial approval [last] Wednesday to legislation that would eliminate straight-ticket voting in all elections. The bill's supporters say it would force voters to make more informed decisions in individual elections. "What we're doing is showing every race matters," the Senate sponsor, Republican state Sen. Kelly Hancock of North Richland Hills, said Wednesday. The legislation's backers also argue it would bring Texas in line with at least 40 other states that do not allow straight-ticket voting, the option for voters to automatically cast their ballot for every candidate from a single party. Straight-ticket ballots made up nearly 64 percent of total votes cast in the state's 10 largest counties in 2016.

The preliminary approval of HB 25 on Wednesday came after Hancock amended it to postpone its effective date from September 2017 to September 2020. That will allow candidates more time to prepare for the change, Hancock said.

We still have work to do for a clean sweep! Democrats and their leftwing allies are still working to takeover local governments in our backyard. We can stop them! Local runoff elections conclude Saturday, June 10. There is one Republican-vs.-Democrat runoff for a Pasadena City Council post, and two heated runoffs in Pearland -- partly in Harris County -- for Mayor and City Council (at-large).

We can make the difference in these low-turnout contests, but need to act quickly to get Republicans to turn out to vote.
You can help beat the Democrats NOW!

Democrat Party Workers Guilty of Election Fraud. Watch the KHOU story on the two Democrat Party workers who were found guilty of election fraud. We can't continue to let this happen! Sign up today to be an election worker so we can have all of the polls covered. Click here to see the story.

Will Democrat Lawmakers Turn Their Backs on Voters?

In light of President Trump’s Executive Order rightly returning the power to the state to protect its citizens,
Will Democrat Lawmakers Turn Their Backs on Voters?

In 2015, a broad coalition of Houstonians resoundingly defeated former Mayor Anise Parker’s so-called HERO ordinance (61%--39%) that would have let men into women’s restrooms and burdened private businesses with needless regulation.

Houston is the only major metropolitan where voters have had the chance to cast a ballot on such an issue.  In that historic election, a broad coalition of ethnically and culturally diverse voters came together to overwhelmingly reject the liberal elites’ inane bathroom policies.

Fred Barnes, a leading conservative columnist, this week posted an article that appeared to be a thoughtful analysis of the November 2016 election results in Harris County.  Unfortunately for Mr. Barnes, his two named sources appeared to have fed him outdated and fact-free material whose source was not disclosed.

This morning we gathered together at Lakeside Country Club to support Congressman John Culberson. Liberal groups planned to gather and protest the Congressman's speaking engagement, so HCRP rallied support to show the Congressman that we stand with him and his conservative values. Thank you to everyone who came out today to show their support. We are a strong, united group and we must continue to stand together to protect the great men and women we elected to office. 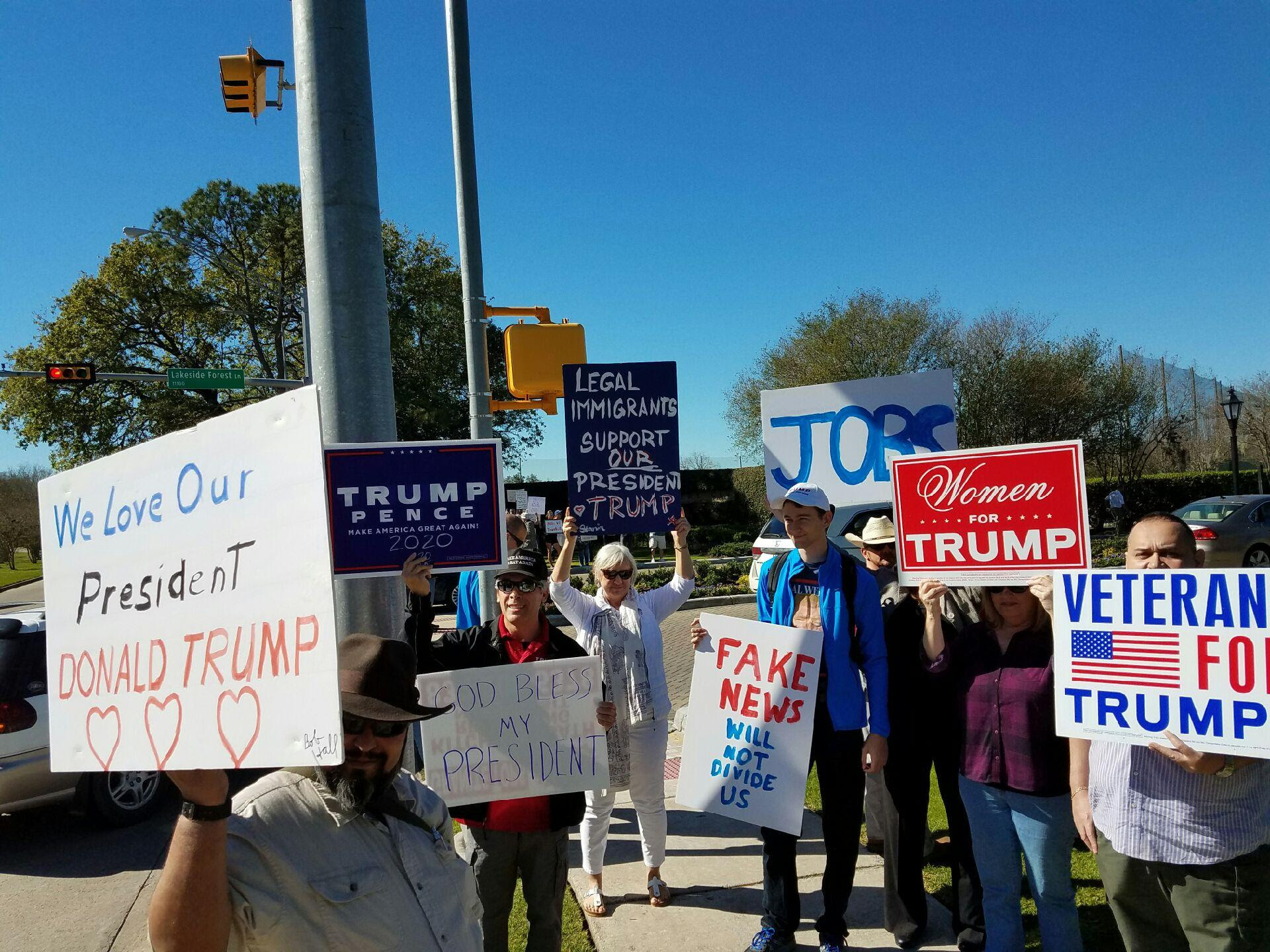 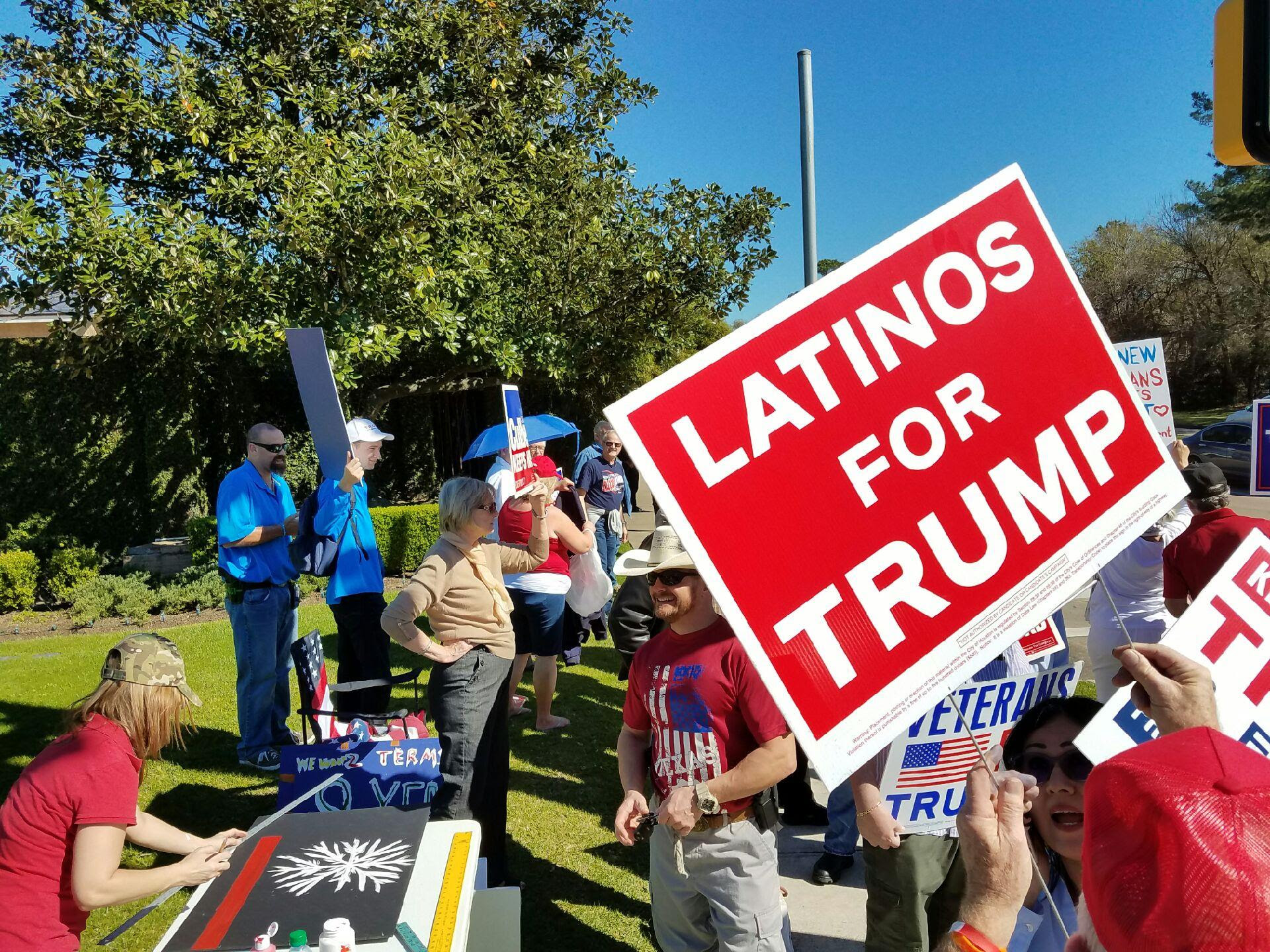 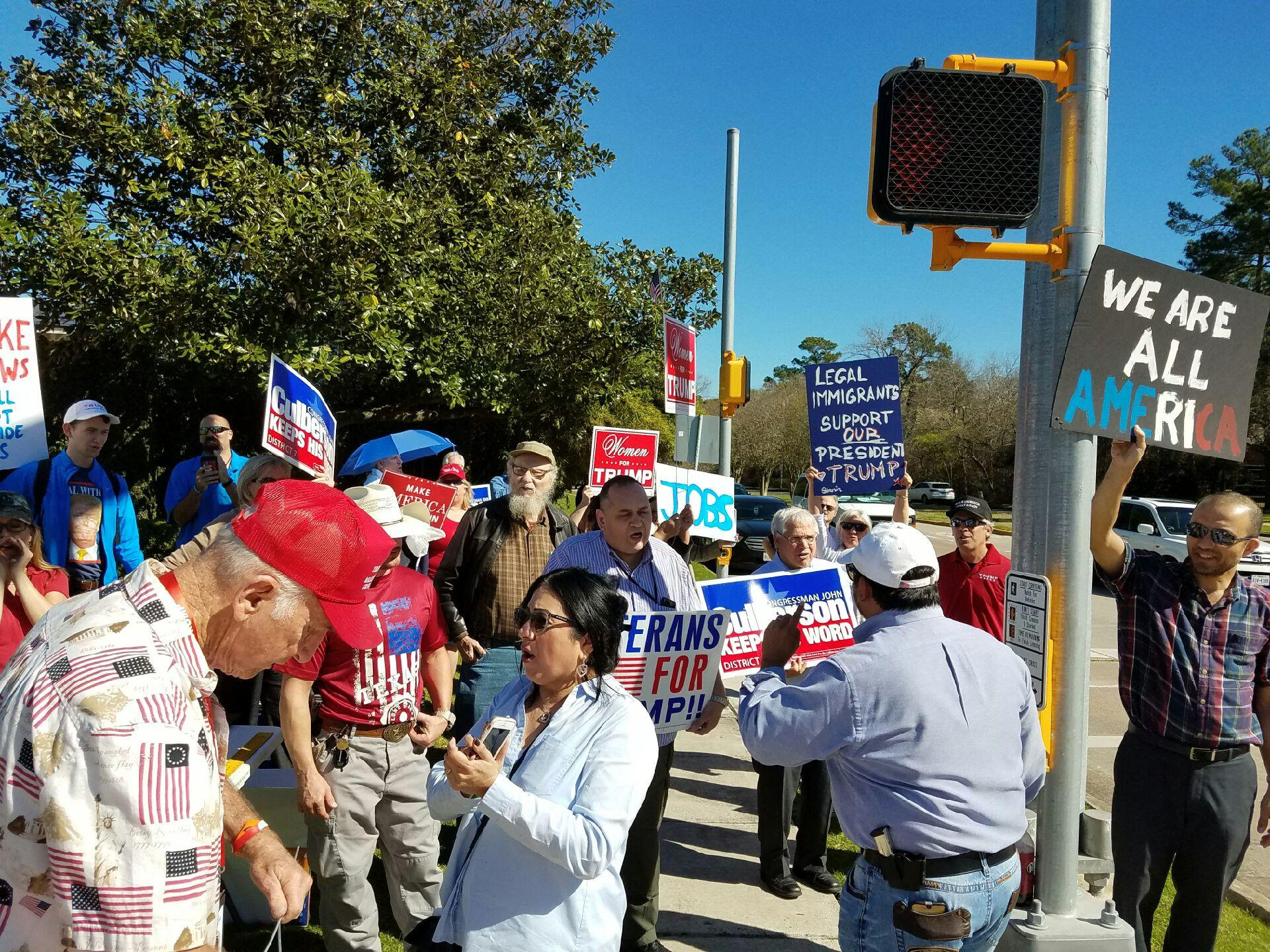 Make sure to set your DVR's to watch Chairman Simpson this Sunday, February 19 at 10:00 am on KRPC 's Houston Newsmakers with Khambrel Marshall.

Chairman Simpson will be joined by Charles Foster and Gordon Quan for a discussion about immigration.

President Donald Trump's nomination of Judge Neil Gorsuch for the U.S Supreme Court is a home-run for conservatives in Harris County and Texas. Judge Gorsuch is an extremely well qualified jurist with a proven track record of following the law and honoring the Constitution. Elevating Judge Gorsuch to the Supreme Court -- given his record of defending religious freedom, his unwillingness to surrender power to bureaucratic administrative agencies, and his devotion to the Constitution as ‘a carefully drafted text judges are charged with applying according to its original public meaning' -- may well have saved America from liberal ruin.